Playing Guitar And The Challenges of Modern Life

I originally got the idea for this when I was reading a biography of the famous classical guitarist Andres Segovia. There was a period in his life when he was conscripted into the Army. During this time he was unable to do his usual practice routine that took many hours in a day.

Like many people, I have many demands on my time that compete with my guitar practice time. As both an entrepreneur and a recording artist, I commit from time to time to work on long intense projects such as recording a new CD or creating a guitar success website. During these times I’m working from morning till night and have little time to spend with my family.

Because of this, and knowing that one of the world’s greatest guitar players found a way to deal with a similar issue, I developed my own routine. At first, I considered it a maintenance routine. But over time I realized there is more potential than I originally imagined.

By harnessing the power of habit I found I could use this concept both for times when I was working on an intense project and had little time to practice, as well as an addition to regular practice sessions. It became my daily ritual.

Because it’s fairly easy to do, and I created a short version for exceptionally busy days, I found I was much less likely to skip it. And because of the consistency of doing it, I found I made improvements in my guitar playing technique almost effortlessly.

This went on to help create a better relationship with my guitar without the guilt I once experienced not having time to practice. It has also improved my confidence in my guitar playing and my ability to continue to improve in spite of the ups and downs of life challenges.

My hope for you is that you will create a sustainable Daily Guitar Ritual that will help you both feel good about your guitar playing as well as support your continued improvement and musical expression.

#1 What is a Daily Guitar (Practice) Ritual?
#2 Components of Your Ritual
#3 Creating Your First One
#4 5-Minute Practice Sessions
#5 Sample Daily Ritual
#6 Create Your Own Step-By-Step (with Tips)
#8 30-Day Challenge
#9 Getting Accountability
#11 Common Questions
#10 Avoiding And Dealing With Pain
#12 What To Do Now-Taking Action
#13 Bonus: My Daily Guitar Ritual
#7 The Power of Habit
Preview this Course 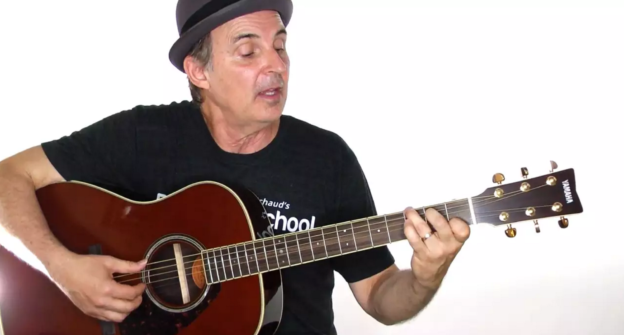