Time Signatures are the foundation to understanding rhythm. The name sounds complicated but it’s a very simple concept. We’ll break down what it is and how to find the time signature of any song you play.

A lot of beginner (and even intermediate) guitar players tend to stay away from music theory. I think that most people find the idea quite intimidating. But here’s a secret about music theory:

Sure, music theory can get pretty complex. But for 80% of musicians all we need to know (and then some) is entirely accessible.

What Are Time Signatures?

Time signatures define how many notes are in a measure, and what note gets the accent. That sounds complicated, but I’ll show you three examples of the most common time signatures (that you’ve probably already played).

In any time signature you have two numbers. Sometimes they’ll be next to each other, and sometimes you’ll see the numbers stacked. They mean the same thing.

The first (or top) number is how many beats are in the measure. The second number is what note value gets the accent. 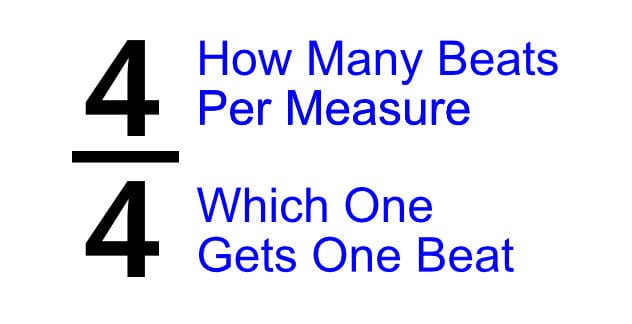 Before we go any farther, let’s define a beat. The easiest way to think about a beat is that it’s what you tap your foot to when you listen to a song. Think about the song Twist And Shout, or listen to it here if you need a reminder

Now tap your foot or clap along. Each of these taps or claps is a beat.

It’s important to note that tempo isn’t the same as a time signature. Tempo only tells you the speed of the song.

Let’s use Twist And Shout again. This song is in 4/4 (four-four) time. This is the most common time signature. It’s also referred to as standard time in some circles.

6/8 time has a very specific feel most of the time. If you were counting the measure it would sound like this:

Notice how there is more emphasis on the “one” and the “four”. This is the most common way to play something in 6/8.

House Of The Rising Sun is a great example of 6/8 time. Listen to the version by The Animals and count along. You’ll notice how fast the counting is. That’s because the eighth notes are being accented. 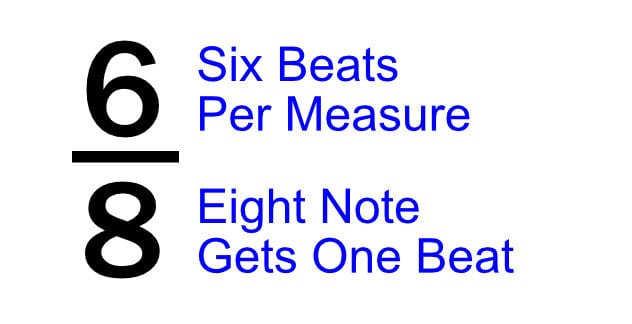 You might think that since 3/4 is half of 6/8 that they would have similar feel. But 3/4 (three-four) time often feels more like 4/4 with one less note.

So with 3/4 time you have 3 beats per measure, with the quarter notes having the accent. With the 3/4 time signature the 1 of every measure tends to have the most emphasis.

Sometimes you’ll hear a bigger emphasis on the 1, and sometimes it’s more subtle.

Happy Birthday is an example everyone knows that uses 3/4 time. Sing it out loud and clap your hands. You’ll notice that the measures all end after the third beat. 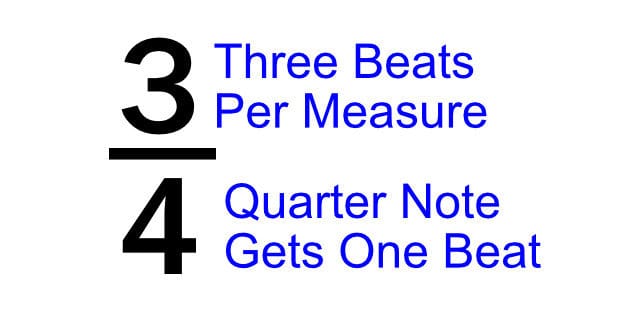 Are There Other Time Signatures?

Yes! And while they’re fun to use and write music in, they also get a little more complicated. In popular music, you really don’t hear anything outside of 3/4, 4/4, and 6/8 time. By understanding these three you’ll be able to tell the time signature of 95% of the songs you’ll ever hear!